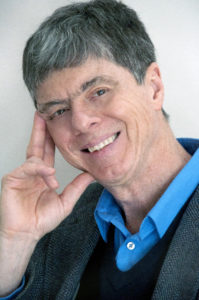 Joseph Cardillo, PhD, is national leader in holistic healthcare. He is the best-selling author of several books in the fields of health,
mind-body-spirit, and psychology. His books include *The 12 Rules of Attention: How to Avoid Screw-ups, Free Up Headspace, Do More and Be More at Work*; *Body Intelligence: Harness Your Body’s Energies for Your Best Life*;  *Can I Have Your Attention: How to Think Fast, Find Your Focus and Sharpen Your Concentration*; and the body energy classic, *Be Like Water*.

In addition, he has co-written books for Harvard Health Publications.

An expert in Attention Training™, Asian Philosophy and creative thinking, he has taught his methods to over 20,000 students at various institutions. His books have been translated into twelve foreign languages. He holds a Doctor of Philosophy in holistic psychology and mind-body medicine; is a regular contributor to *Psychology Today* and *Live Happy* magazine and is a  research associate at The Mind-Body Science Institute International.

He was interviewed in the documentary film: Looking for Mr. Miyagi, produced by Emmy-winning producer David Liban.

He received the prestigious 2011 SUNY Chancellor’s Award for Scholarly Research and Creative Activity. 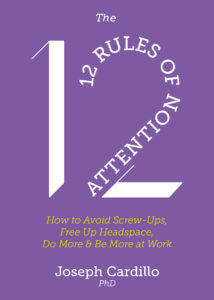 The 12 Rules of Attention: How to Avoid
Screw-Ups, Free Up Headspace, Do More and Be More At Work